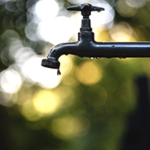 ― Samuel Taylor Coleridge, The Rime of the Ancient Mariner

Washington State can feel like this sometimes. Though it seems abundant, water isn’t necessarily always available for use ― even for those who own the property under which the water rests.

Imagine you’ve spent hundreds of thousands of dollars on property for your family home, only to learn that you can’t build because the county won’t issue you a permit allowing you to build a well.

Many landowners ― as many as 1,000 in Whatcom County right now ― are stuck in this very position, unable to construct their dream homes because they can’t use the water under their own property.

Other landowners have been unable to sell their property ― which they’ve been relying on for retirement ― for the same reasons.

Washington law specifies that the state’s waters belong to the public and thus cannot be owned by any specific person or group. Instead, the state ― via the Department of Ecology, which manages Washington’s water supply ― parcels out access to water in the form of water rights.

Complicating matters is an October Washington State Supreme Court ruling, widely known as the Hirst decision, that Whatcom County had been running afoul of the state’s Growth Management Act by allowing homeowners to dig unregulated water wells on their properties. The ruling has left many homeowners unable to build homes for their families because they can’t get approval to dig wells on their land.

“The Hirst decision is causing harm to small business builders, families and rural towns and counties,” said Ted Clifton, president of the Building Industry Association of Washington, in a press release. “Without water, there are no homes that can be built in these areas.”

At issue is whether there’s enough water available. The assertion by environmental advocates is that when wells remove groundwater for personal use, nearby streams and rivers can be negatively affected. According to Ecology, the recent court decision requires counties to decide for themselves whether there is enough water to approve building permits that would rely on wells. Whatcom County has implemented an interim ordinance that requires the county’s Health Department to do just that.

The upcoming Leaders of Industry Issues Forum in Bellingham, presented by Whatcom Business Alliance, will cover the issues of water and personal property rights as well as employer mandates which are areas of critical importance in this County Council election year. The event, set for 4 to 6 p.m. May 18 at the Hotel Bellwether, is sponsored by Washington Federal. Registration is now open online.

The panel for the May 18 forum includes several local experts on water use and state policy:

Register online to attend the forum.